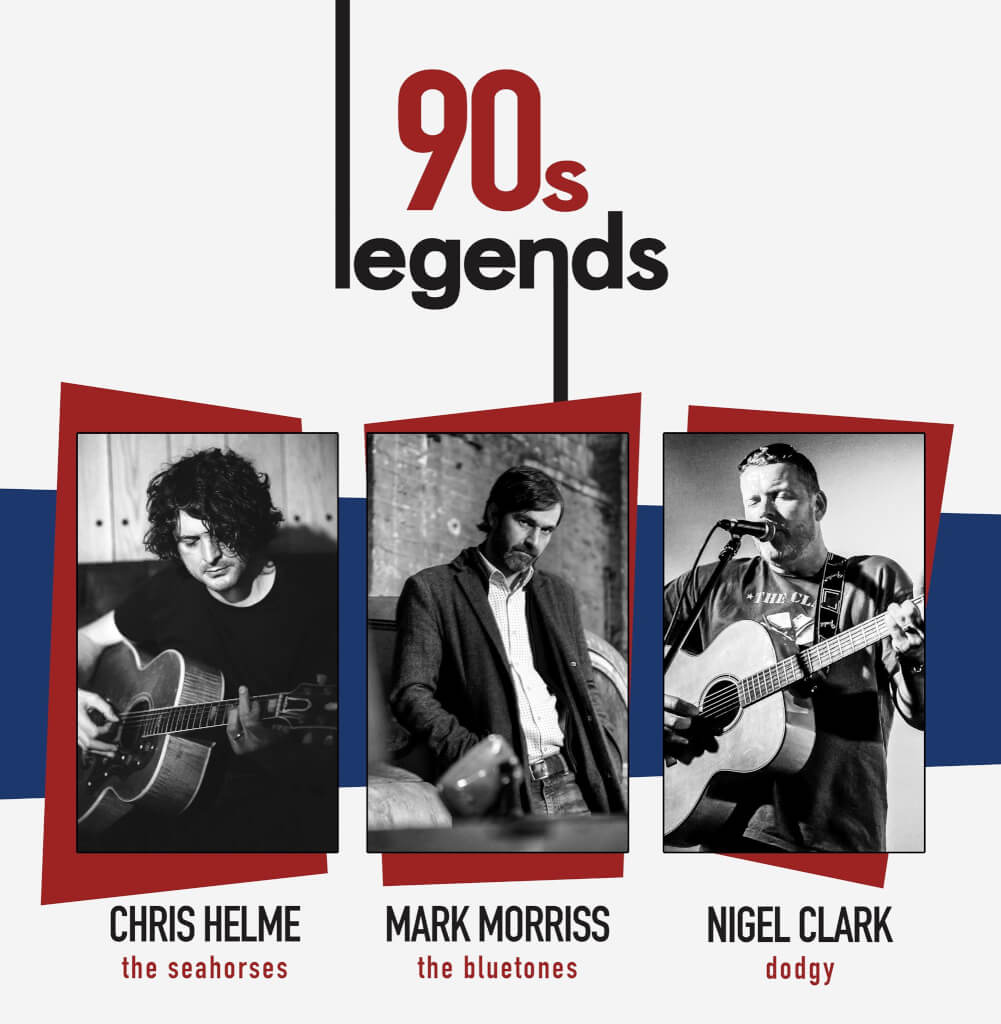 Chris Helme (TheSeahorses)
Chris first rose to prominence as the front man of John Squire’s post – The Stone Roses band / The Seahorses which saw him touring extensively and sharing the stage with The Rolling Stones, U2 and Oasis in numerous support slots. Now solo – he is still rightfully remembered for Britpop classics ‘Love Is The Law’ and ‘Blinded By The Sun’.

Mark Morriss (The Bluetones)
Mark is a singer/songwriter who famously made his name fronting English indie outfit The Bluetones. Mark continues to front the four piece after a successful and fruitful 20+ year period, scoring 14 top ten singles and 3 top ten albums, whilst touring the UK, Europe and Japan.

Nigel Clark (Dodgy)
Nigel is a singer, songwriter, producer and of course best known as the lead singer from Dodgy. Nigel and some members of Dodgy were originally from Bromsgrove and Redditch before they moved and formed the band in Hounslow in 1990. Dodgy are best known for their hits “Staying Out for the Summer”, “If You’re Thinking of Me” and “Good Enough”

This show was originally scheduled for Thursday 18th March 2021.