An Evening With Frank Bruno MBE 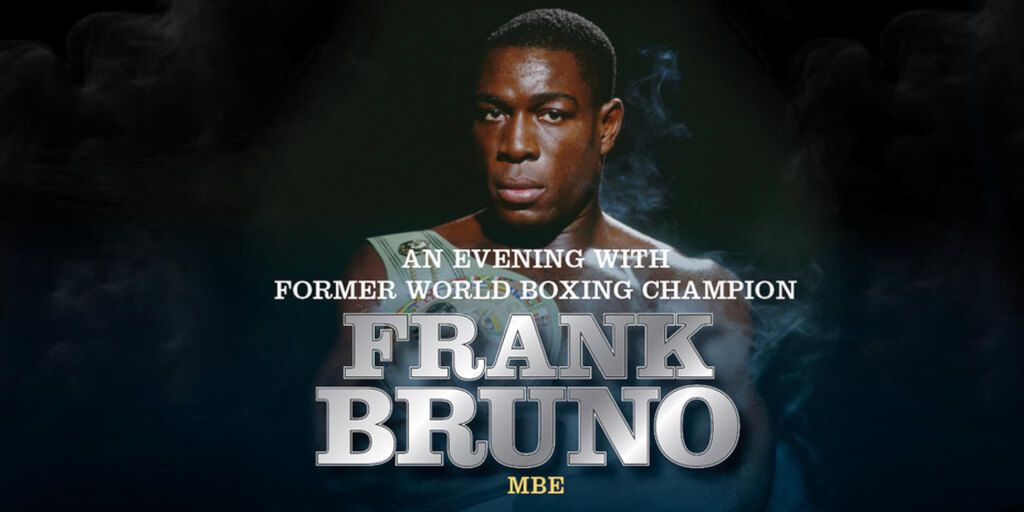 An Evening With Frank Bruno MBE

This exclusive and unique opportunity to spend an evening with one of the greatest sporting legends in British history, Frank Bruno MBE.

A one-off opportunity to hear the life and career of one of Britain’s best-loved boxers. Frank will be interviewed LIVE on stage and will answer questions about his battles both inside and outside of the ring.

You will also be able to bid on some money can’t buy memorabilia from Franks glittering career in our charity auction with all profits from the auction going to our chosen charity.

Later in the show, Frank will take questions from the audience in a candid Q&A session.

Franklin Roy “Frank” Bruno, MBE is a British former professional boxer who competed from 1982 to 1996. Bruno had a highly publicised and extremely eventful career.

The pinnacle of his boxing career was winning the WBC heavyweight title, in what was his fourth world championship challenge.

He also held the European heavyweight title earlier in his career. Bruno was one of the most well-loved and recognisable boxers in British history and faced multiple top-rated heavyweights during his career including two bouts with Mike Tyson and a domestic clash against Lennox Lewis.

Frank won the WBC title in 1995 after defeating Oliver McCall at a packed Wembley Stadium. Bruno was known for his excellent punching power: he won 40 of his 45 bouts and 38 by knockout!

*Guaranteed seat at this exclusive event

*Auction with % of profits going to charity

All the above PLUS

All the above PLUS

*Seating at the front ensuring the very best view.

*Priority entry ahead of main doors