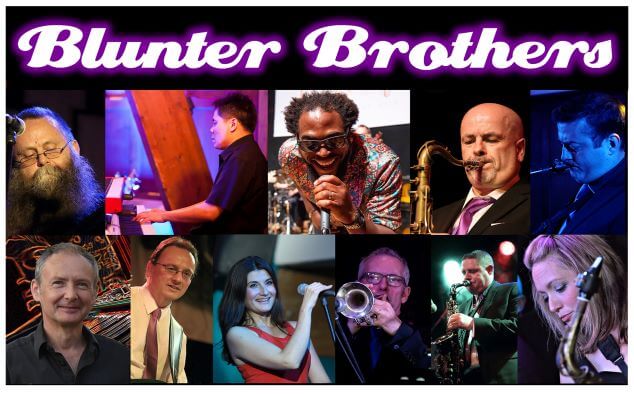 THE FACTORY LIVE ARE THRILLED TO PRESENT THE AMAZING BLUNTER BROTHERS

The Blunter Brothers started playing live in 1989 and has become established as one of the premiere ‘Revue’ acts in the country. The band covers all the hits from artists such as James Brown, Stevie Wonder, Prince, Ray Charles, Curtis Mayfield, EW&F, The Average White Band and many more.

“The band is really looking forward to playing this great venue. We pride ourselves on creating an authentic sound so this gig is an opportunity to see an old school band playing Classic tracks. The 5 piece horn section really helps too!” says manager Dave Baxter,

“Played a great gig with The Blunter Brothers last weekend. Nice camaraderie between the guys and a good vibe in the evening”.

Hollie Farris, Mr Brown’s trumpeter/bandleader from the 80’s said about the Blunter Brothers

“When I started listening to the tracks, I thought it was a recording of us 20 years ago! You guys really nailed it. Good tight band”.

Come and fill the Dancefloor!

This is definitely a date not to be missed!