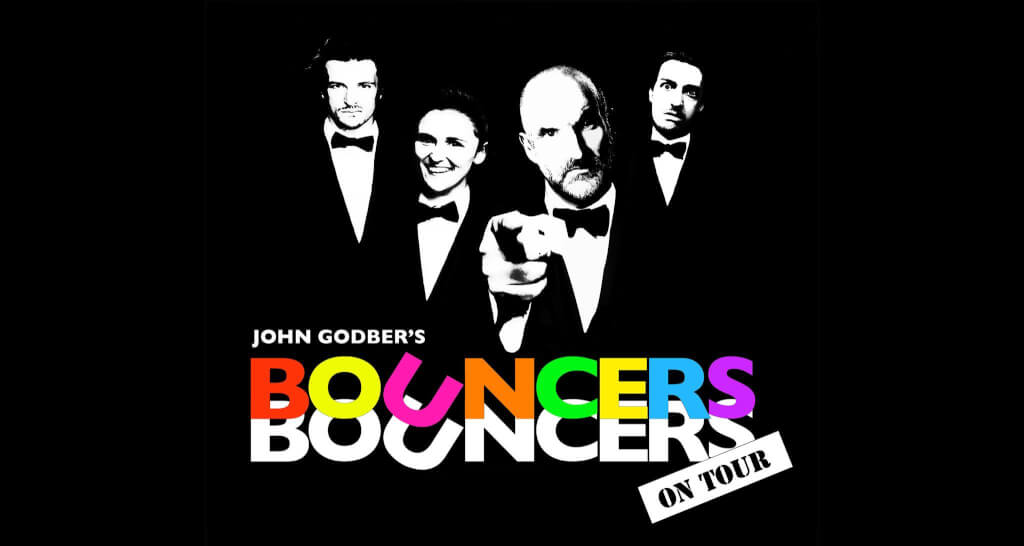 Following their critically acclaimed tours of Noel Coward’s Blithe Spirit and Mike Leigh’s Abigail’s Party in 2021, BlackBox Theatre Company are back on the road with a show you won’t want to miss.

Set in 1984, BOUNCERS tells the story of a Northern nightclub and the colourful characters that inhabit its dance floor.

It’s Friday night and the weekend’s here. Maureen and the girls are having their hair done. Barry and the lads are getting a few drinks in down at the pub. And Ralph, Les, Judd and Lucky Eric are readying themselves to man the doors at the town’s hottest nightspot … Mr Cinders.

Full of sharp one-liners, 80s classics and a host of extraordinary characters … all played by just four amazing actors, BOUNCERS is Godber’s tour de force. Hysterically funny with a touch of pathos and a whole load of nostalgia, this comic drama takes an irreverent look at the ups and downs of urban nightlife through the eyes of its eponymous ‘heroes.’

Hen nights and Stag dos and plenty of booze! Punks and DJs, Hooray Henries and hairdressers – they’re all here, for a night to remember.