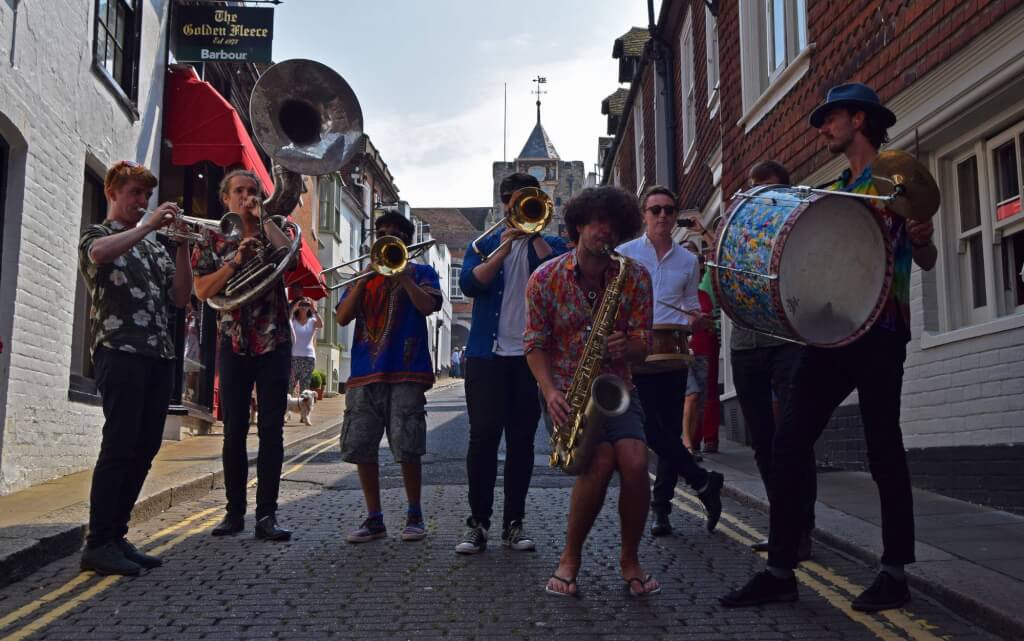 The Brass Funkeys draw from the traditions of New Orleans with skilled musicianship, rolling from spirited second line revelry to soulful jazz funeral marches and pumping brass driven funk. Reggae, DnB, gypsy, swing and Latin influences are exposed in an eclectic live show revealing a band bursting at the seams with ideas and infectious energy.

Spirited Second Line Revelry, Galloping Gypsy Czárdas, Soulful Jazz Funeral Marches, Pumping Brass Driven Funk! The Brass Funkeys are an 8-piece London-based Brass Band who draw on the traditions of New Orleans. Formed in 2011, they have played at major festivals including Glastonbury, Wilderness and the North Sea Jazz Festival as well as London venues including The O2 Brooklyn Bowl, Koko Camden, and Ronnie Scott’s. Whether performing a powerful amplified stage show or as a totally mobile marching band, the Brass Funkeys bring together some of the most talented musicians in London in an eclectic live show bursting at the seams with ideas and infectious energy.

They have recently launched their second album “Rabble Rouser” with a sold-out show at Rich Mix and a 14-date UK tour from Cornwall to Newcastle, featuring 13 tracks of original compositions by band members and unusual covers such as Gorillaz ‘Dirty Harry’ and Royce Wood Junior ‘Honeydripper’. “Rabble Rouser” marks the Brass Funkeys out as a trailblazer in the new generation of UK Brass Bands, while still holding true to the New Orleans sound.