Comedy All Stars On The Pier 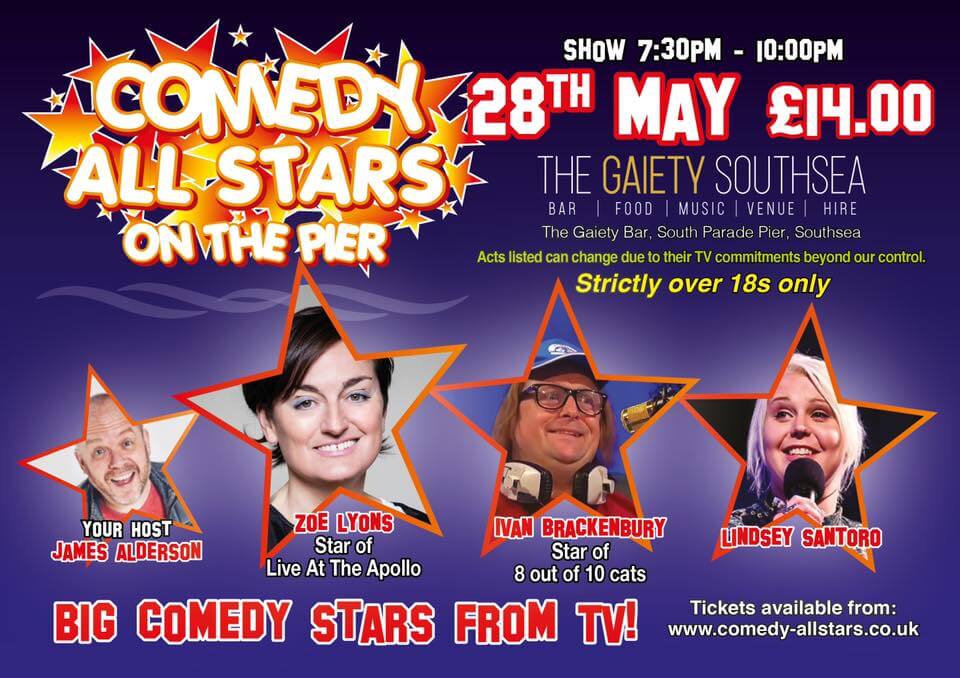 Celebrate the return to normality with a rip-roaring night of laughter on South Parade Pier!
You may be surprised to hear that South Parade Pier’s Gaiety Bar is one of the swankiest venues for comedy in the south, with a wonderful stage and magnificent tech, sound and lighting, a fully stocked huge bar, wonderful food menu and glorious views across the Solent to the Isle of Wight!
That’s why we’ve put together one of the best line ups of comedy you’ll see along the coast.
Local award-winning comedian James Alderson introduces the acts, and opening is none other than Live At The Apollo and Mock The Week star, and recent host of her own TV quiz show, Zoe Lyons!
In the middle is rising star and award-winning comedian Lyndsey Santoro, coming all the way from the midlands to perform, and headlining is 8 Out of 10 Cats Does Countdown star, Ivan Brackenbury. You’ll recognise Ivan as the hospital DJ, who had his own comedy series on BBC1 too!
A hilarious night of fun, so get your friends and family together and laugh the evening away for just £15!
www.comedy-allstars.co.uk