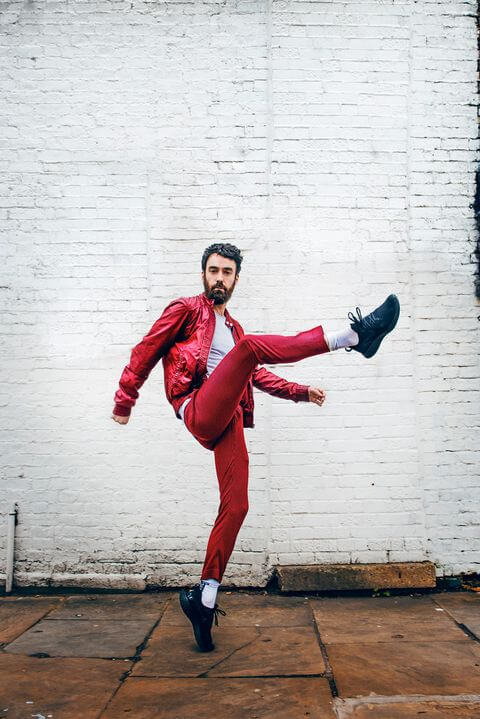 Edinburgh Comedy Award-nominated chap and star of ITV’s Tonight at the London Palladium and Live from the BBC. He’s five foot eleven, he hates other families’ plates, and he had his 18th birthday party on a riverboat on the Thames so when people realised how boring it was they couldn’t leave.

‘For good quality gags per minute, there is no better comedian’ – ★★★★The Independent

After 4 years in the West End with Les Miserables, Avenue Q and South Pacific, Luke garnered global attention in 2012 with his hit viral video Downstairs At Downton. Since then, Luke has gone from strength to strength, taking his one man show The Only Way Is Downton to theatres and festivals across the UK and U.S.A. 2018 saw Luke return to the Edinburgh Fringe for a sell-out run of his 4th show House Of Faces which he is touring the UK with this year.

Alongside his live work, Luke has a burgeoning television and radio career. He created and starred in his own review show for ITV2, entitled Luke Kempner’s Impression of 2015. Luke is a regular on BBC Radio 4’s institution The Now Show and News Jack. A regular on BAFTA winning Murder In Successville. He was the breakout star of The Imitation Game on ITV last year and finished the year appearing on the Royal Variety Performance.

In the Summer of 2016, Luke became the resident comedian on Celebrity Big Brother’s Bit On The Side, he filmed 9 series and has been hailed “a blumin’ genius!” by Dawn French.
‘A hugely accomplished impressionist, with the technical skill to jump in and out of a huge range of real-life characters in a beat.’
– Chortle

‘An evening of fizzing virtuosity… a blissful flight of surreal fancy.’ – WhatsOnStage ★★★★

‘Kempner’s performance skill brings numerous characters to life before your eyes and provides an hour of fun-filled entertainment.’ – Broadway Baby ★★★★