Faux Fighter UK Vs Kings of the stone age Live 2021 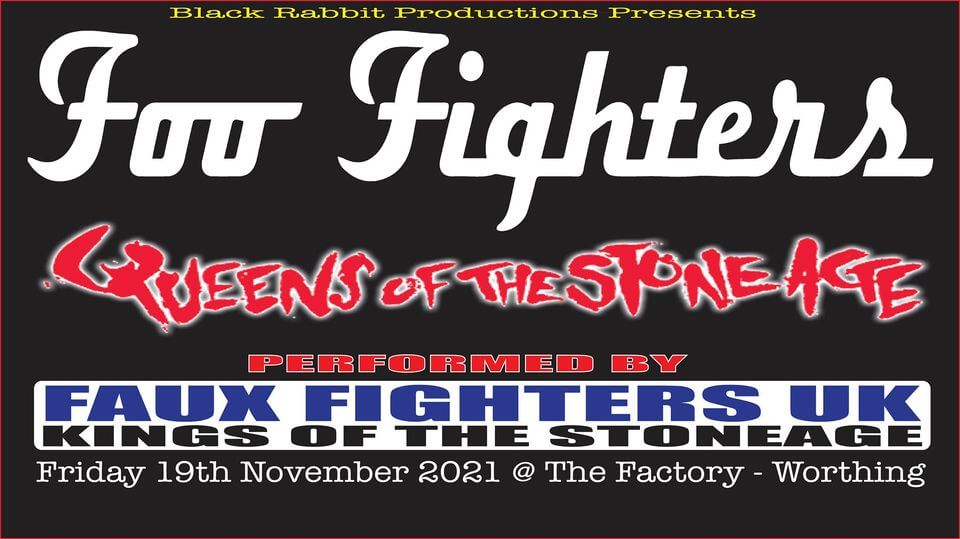 Foo Fighters Vs Queens of the stoneage

Faux Fighters UK
After spending years of playing drums for numerous bands and recording sessions, Ben Rudge decided to take the leap of faith and doing exactly what Dave Grohl did, switching the kit for guitar and taking centre stage.

After spending a few months of recording 4 or 5 foo fighters songs on his own, he finally decided to try and put together the best Foo Fighters tribute he could. Calling on long term friends Liam Slattery & Russ Millard the journey began, quickly adding drummer Kris Perrin & 3rd guitarist Paul Beddow the line up rehearsed for a few months before deciding to add the final layer of Ben Selleck on keys who finally completed the full live FOO FIGHTERS LINE UP.

Plus support from Kings of the Stoneage

It’s going to a great night of Alternative ROCK!

Under 16’s must be accompanied by an adult.