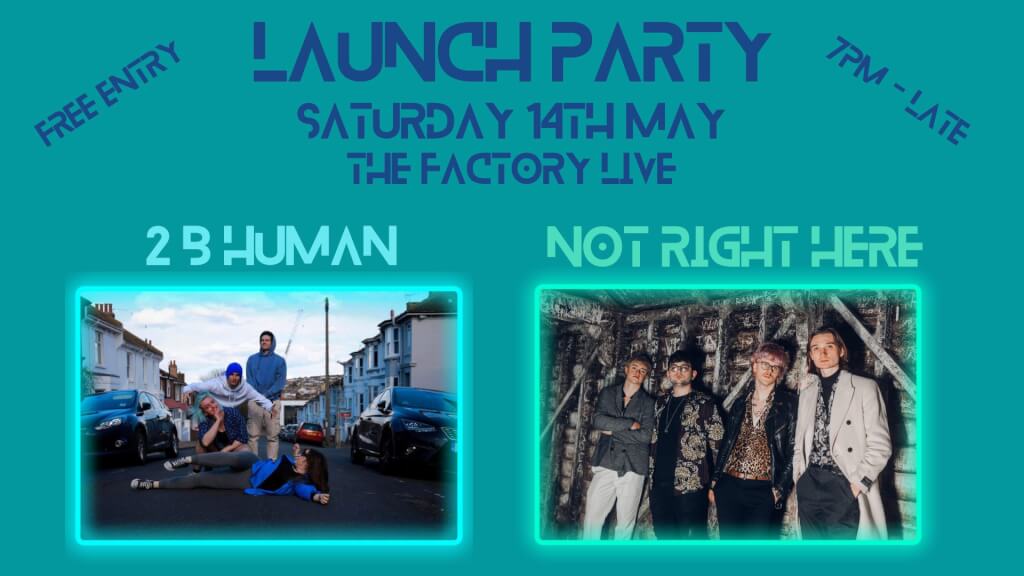 2BHuman are a group of musicians who use their differences to come together and write music that speaks to everyone. Using their unique sound to write riff-heavy rock tracks and wholesome, heartfelt songs, they write a variety of tunes that anybody can relate to.

‘To forever stay the same is not in our nature. To change, adapt and grow is part of what it means 2BHuman’.

Not Right Here
A hard-hitting, rock n roll four-piece with an attitude. After numerous lineup changes and other setbacks over the past few months: Not Right Here are finally able to bring their hard-hitting riffs, all-encompassing vocals and pounding drums together for a wall of sound like no other. With the band having fully formed in recent months after some chance encounters and nights out, the band is set to release their debut single imminently, alongside live performances and promises to be a track that’ll blow some speakers or two.