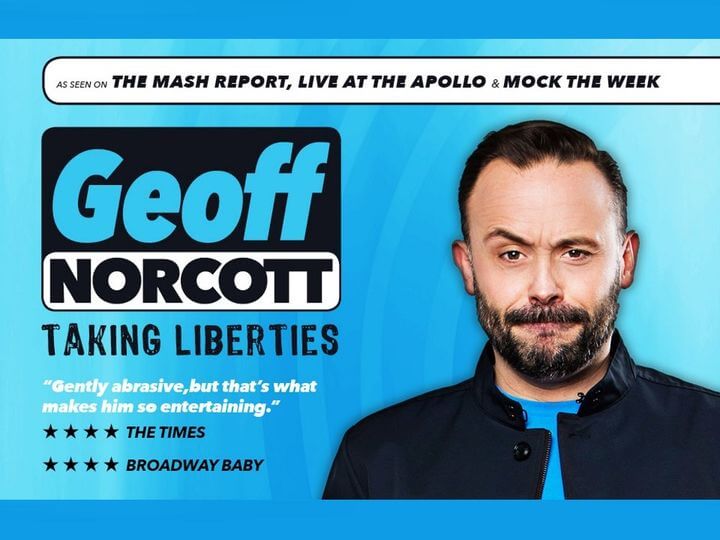 Geoff Norcott’s unique brand of provocative stand-up is hitting the road again in the Spring, continuing with the success of his critically acclaimed show, ‘Taking Liberties’. Whatever the contentious subject – he’ll be honest and blunt without being a dick. Mostly. As seen on The Mash Report, Live at the Apollo and Mock the Week.

Geoff has also appeared frequently on Question Time and can be regularly seen putting the cat amongst the pigeons on UK political debate shows. You may have also heard him on his own Radio 4 comedy special or popping up on The Now Show.

He’s written for shows ranging from Have I Got News For You and C4’s Alternative Election to Judge Romesh, Roast Battle and JFL’s Katherine Ryan Stand up show.

Geoff won an operational medal for his five tours performing to British troops in Afghanistan.