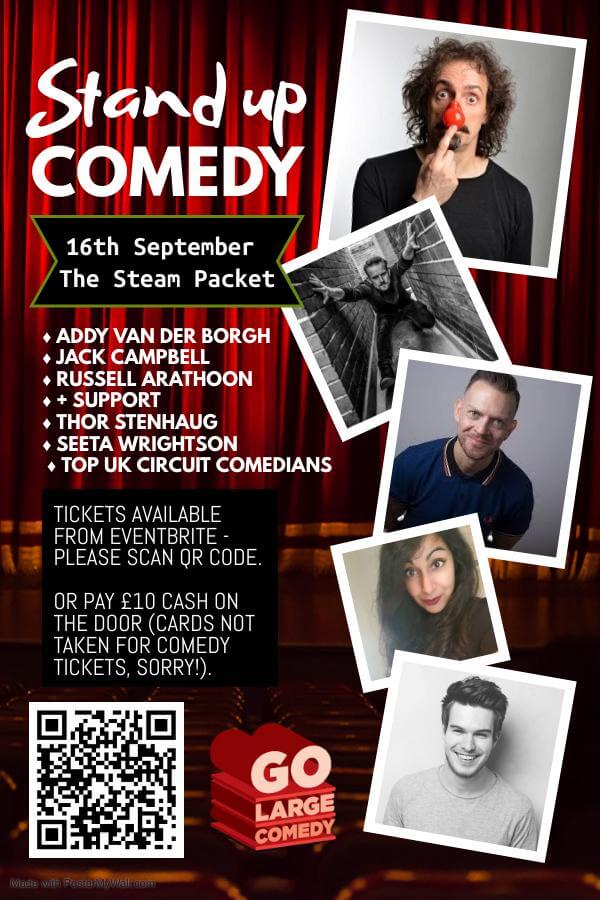 CLOSING – ADDY VAN DER BORGH – The Stand Up Show (BBC), Live At The Comedy Store Comedy Central, The World Stands Up (SKY TV), ‘Live at Jongleurs’ (SKY TV). ‘An excellent stand-up with intelligence and wit’ – The Guardian, ‘Addy’s excellent. His flights of fancy and gentle manner are a brilliant combination’ – Time Out.

OPENING – JACK CAMPBELL – English Comedian Of The Year 2014. Jack performed his one-man show at the Edinburgh Festival in 2015 and 2016 and has performed across Europe.

THOR STENHAUG – Norwegian up-and-coming comedian. Thor has already found himself in competition finals and has played some of the UK’s most sought-after clubs.