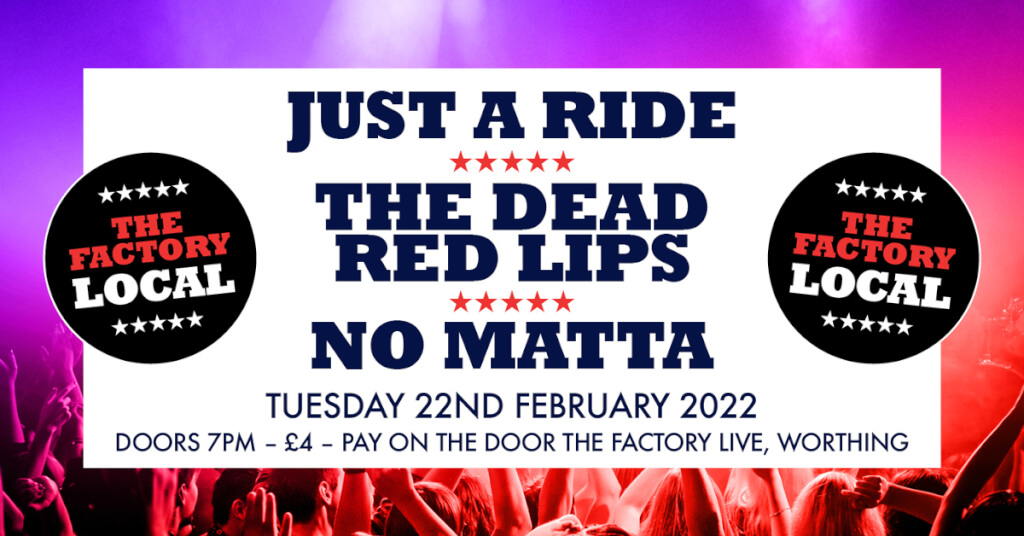 February edition of The Factory Local welcomes three more amazing original bands.
Just A Ride -GRUNGE LIVES!
Just a Ride is on a mission to revive the spirit of the early 90s alternative rock scene that burst out of Seattle and influenced a generation.

Huge fans of Stone Temple Pilots, Soundgarden, and Pearl Jam, the UK-based four-piece draws its influence from that era.

Combining this with their millennial punk rock and nu-metal upbringing the result is a sound that carries the legacy of grunge with a contemporary twist.

No Matta – Are a 4 piece band formed in Brighton. There’s Charlotte on rhythm guitar and vocals, Alphie on lead guitar and vocals, Billy on bass and Jack on drums. We’ve all been a band together for 4 months now and we all love performing.

We’re just starting on our music career as a group/band and we want to share our music with as many people as possible. We want the audience to have as much fun as we do when we play our music.