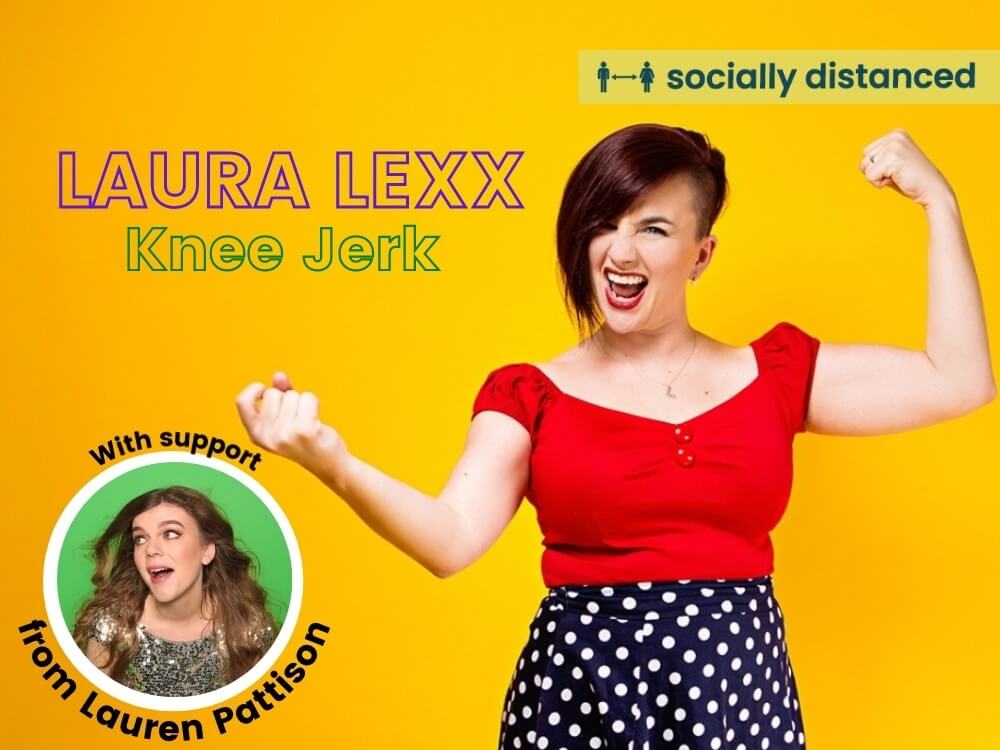 Laura Lexx: Knee Jerk
Star of Live at the Apollo (BBC Two), Hypothetical (Dave) and Roast Battle (Comedy Central), ‘tour-de-force’ (Telegraph) Laura Lexx shines a light on how hard it is to be a good person these days. Why don’t we just leave each other alone and get on with the big stuff?
Following a sold-out run at the Edinburgh Fringe which earned her a prestigious Comedian’s Choice Award for the second year in a row, Lexx has a laugh with society’s big issues: social media, mental health, climate change and conceiving… but come for the jokes, not answers.

Lauren Pattison: Party Of One (Work-in-Progress)
Following a whirlwind couple of years of awards, nominations, sell-out shows and international touring, Edinburgh Comedy Award Best Newcomer nominee 2017 Lauren Pattison is back with the beginnings of a brand new show. She is reluctant to say what it is about because she is writing this in November and changes her mind a lot. As seen on Roast Battle (Comedy Central) and supporting Katherine Ryan on tour.