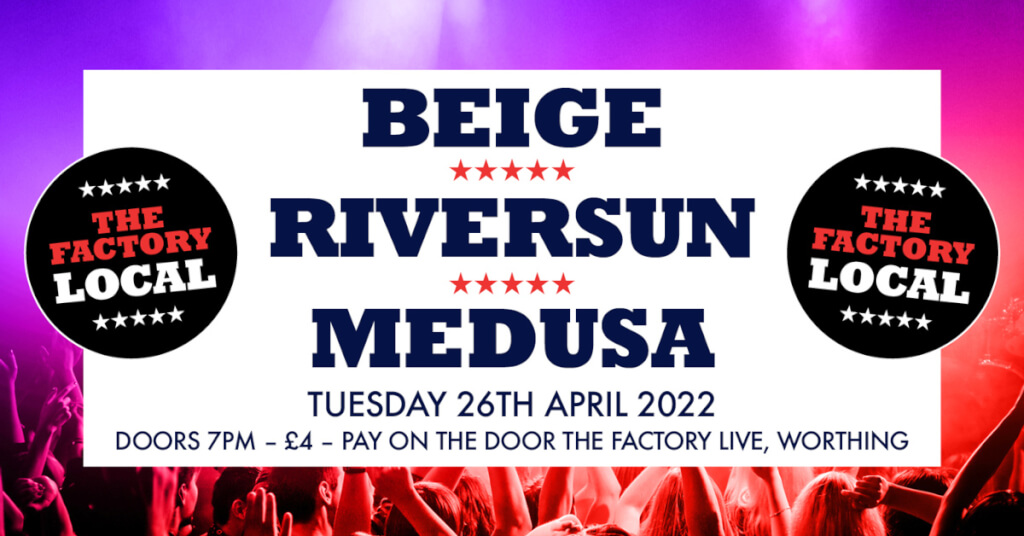 Beige
Beige are a four-piece band with a huge sound evocative of Grunge, Stoner Rock and Alt Rock. They formed in 2019 and have since written an amassment of songs that have eagerly awaited the post-corona music scene.

Beige recorded and released three fuzzy numbers in 2020 (‘Something Real’, ‘Eyes’ and ‘Sleep’) which demonstrate their hooky riffs and big sound. ‘Something Real’ was also featured on BBC Introducing around the time of its release.

They have now followed it up with it a gargantuan flat out full throttle track called ‘Master Blaster’ which featured on BBC Introducing and met with critical acclaim and reviews such as “My Favorite Submission of the week…I was completely hooked by the sound of this track as soon as I heard it. These guys have cracked Queens Of The Stone Age sound from Songs For The Deaf, but have given it their own flavour and the female vocals give it a new edge.” – Rock and Metal Radio Show

Started by Chris back in South Africa before he bought his Southern Rock style to the UK to form the line up with Stew and Anthony. Resurgence EP was released in 2020 but new music is on its way soon.

MEDUSA are a no thrills, no-nonsense 70’s/80’s Classic Rock band comprising of very
experienced musicians that have all individually toured the UK and Europe with other outfits.
Priding themselves on playing the tracks that are extremely well known but rarely heard performed
by other bands, audiences are treated to earworms from bands including Nazareth, Bad Company,
Rush, Journey, Montrose & U.F.O.
If you like your rock music performed with passion, energy and true grit…….this is the band for you!

If you’re bored with listening to the same old ‘rock classics’ churned out week after week….this is
the band for you!
Welcome to MEDUSA!!!