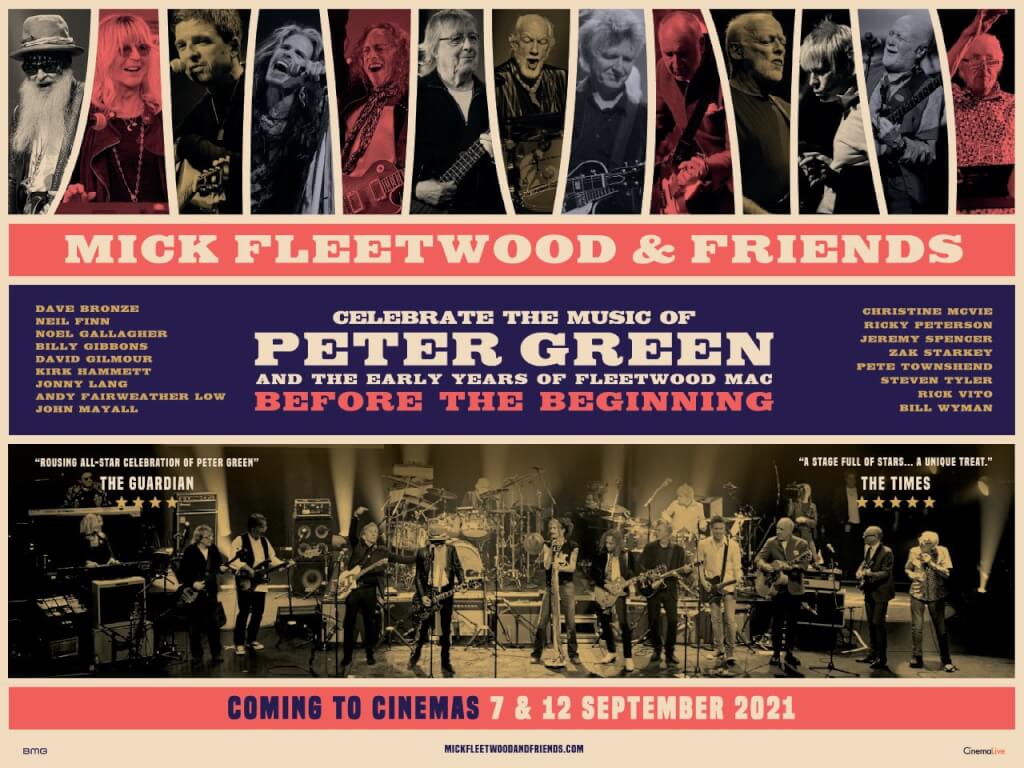 With a line-up featuring Neil Finn (Crowded House), Noel Gallagher (Oasis), Billy Gibbons (ZZ Top), David Gilmour (Pink Floyd), Kirk Hammett (Metallica), John Mayall, Christine McVie & Jeremy Spencer (Fleetwood Mac), Zak Starkey, Pete Townshend (The Who), Steven Tyler (Aerosmith) and Bill Wyman (The Rolling Stones), this once-in-a-lifetime concert event captured at The London Palladium on 25 Feb 2020 is an absolute must-see for any music fan out there.
“The concert is a celebration of those early blues days where we all began, and it’s important to recognise the profound impact Peter and the early Fleetwood Mac had on the world of music.

Peter was my greatest mentor and it gives me such joy to pay tribute to his incredible talent. I am honoured to be sharing the stage with some of the many artists Peter has inspired over the years and who share my great respect for this remarkable musician.” – Mick Fleetwood
Peter Green was inducted into the Rock and Roll Hall of Fame together with Fleetwood Mac in 1998. Rolling Stone magazine rates Peter as one of the 100 Greatest Guitarists of all time.

Directed by award-winning concert director Martyn Atkins (Joni 75, Crossroads Guitar Festival, Cream at the Royal Albert Hall), the cinema event will be preceded by an introduction from Mick Fleetwood.

Legendary sound producer Glynn Johns, who produced albums for The Who, The Rolling Stones, The Eagles and Led Zeppelin, will take charge of the audio production.