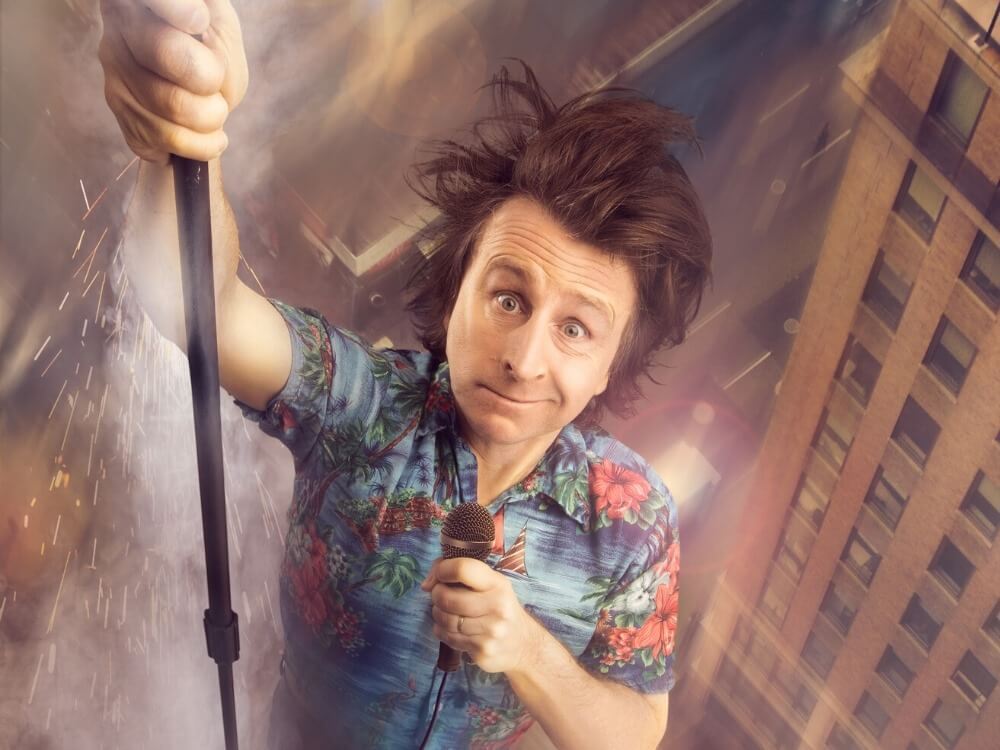 One man. One mission. Is it possible? No, not really.

Milton reveals the truth about being an international spy, before being given a disappointing new identity which forced him to appear on Mock the Week, Live at the Apollo.

But this is also a love story with a twist, or even a really bad sprain.
Just gloriously daft nonsense or is there a deeper meaning? Every man has his price. Sainsburys, where good food costs less.