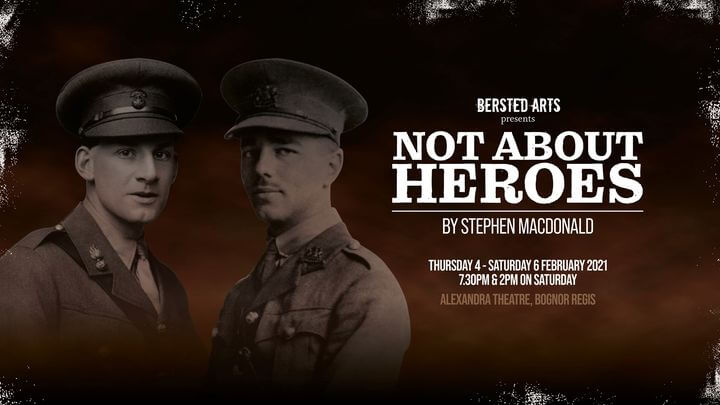 We are returning to The Alexandra Theatre this coming February following our sellout productions ‘The Hounds of the Baskervilles’ (February 2019) and ‘The Haunting’ (February 2020).

This moving drama explores the poetic life and relationship between two to the finest Great War poets; Wilfred Owen and Siegfried Sassoon. Told by means of letters and poetry and with an original score written by Stephen Hackshaw for this production, Not About Heroes paints a vivid picture of the war and the extraordinary friendship forged between these two men.