ONLINE: An evening with Michael Morpurgo 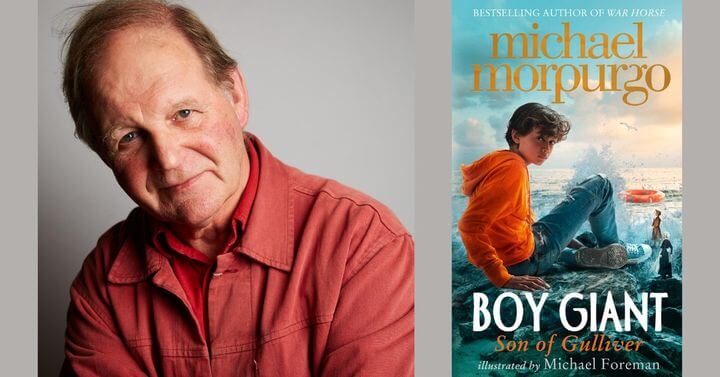 LIVE ONLINE 7.00pm – 8.00pm Tuesday 27 October
Michael Morpurgo will take questions from our online audience during the live event – simply type your question into the Q&A box under the live feed.
If you are unable to watch the live-streamed Literary events, the recording of each Literary event will be available to view online from the following day, using a viewing token, until midnight 7 November.

We welcome Petworth favourite Michael Morpurgo back to the Festival for a solo talk about his huge breadth of work that memorably includes the worldwide success War Horse. He will cover his latest novel Boy Giant which looks at the plight of a young refugee fleeing Afghanistan on a rubber dinghy only to be washed up on an island occupied by tiny people, an island called Lilliput.

Michael Morpurgo is the author of many books for children, five of which have been made into films. He also writes his own screenplays and libretti for opera. In 2003 Michael Morpurgo became the third Children’s Laureate, a scheme he had originally helped to set up with poet Ted Hughes. He was awarded an OBE in 2006 for services to literature.