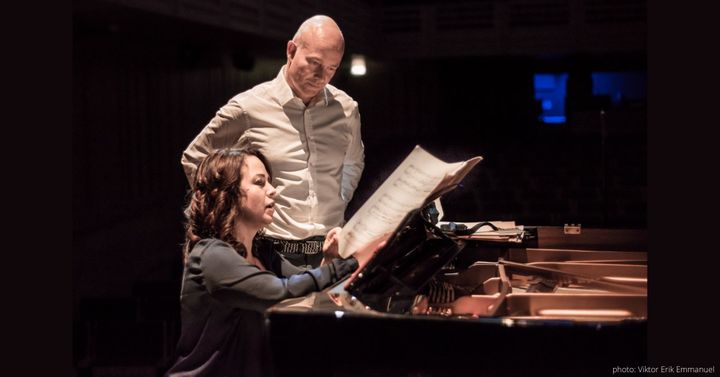 One of the most highly-acclaimed piano duos performing today and passionate advocates for the ‘four hands’ piano repertoire, Charles Owen and Katya Apekisheva present a programme firmly rooted in the music of 19th century Vienna.

In parallel with their extensive solo careers, Charles and Katya have been performing together around the world since 2001. Their close collaboration stems from a shared teacher, the inspirational Irina Zaritskaya, with whom they both studied at the Royal College of Music. Friends as well as colleagues since 1987 they released their first duo recording in 2016 featuring Stravinsky’s two piano versions of the Rite of Spring and Petrushka, a second disc following in January 2018 featuring music by Rachmaninov. Together, Charles and Katya are the Artistic Directors and founders of the London Piano Festival which is held annually at Kings Place.

Brahms – Variations on theme of Schumann Op. 9, A Selection of Waltzes and Three Hungarian dances Op. 39

The performance will be available to view online (using a viewing token) until midnight, Saturday 7 November 2020.