ONLINE: James Naughtie – On The Road: Adventures from Nixon to Trump 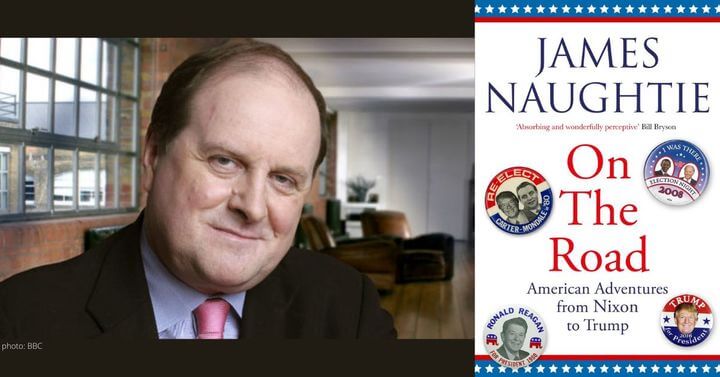 Please note: this event will be pre-recorded, so there will be no live Q&A.

With the US Presidential election just days away and dominating the news headlines, the acclaimed author and BBC broadcaster, James Naughtie, brings his unique and inquisitive eye to the country that has fascinated him and drawn him across the Atlantic for half a century. From Presidents Nixon through to Trump, he tells the story of a country that is grappling with a dream. What has it come to mean in the new century, and who do Americans now think they are?

James Naughtie, special correspondent for BBC News presented Today on Radio 4 for 21 years and has reported from around the world for more than three decades. Alongside his journalism he has wide cultural interests, and has written and produced many documentaries on music and books, and presented concerts from across Europe for radio and television. On Radio 4, he has hosted every edition of Bookclub since it began in 1998.

James Naughtie will be in conversation with Stewart Collins.

The event will be available to view online (using a viewing token) until midnight, Saturday 7 November 2020.