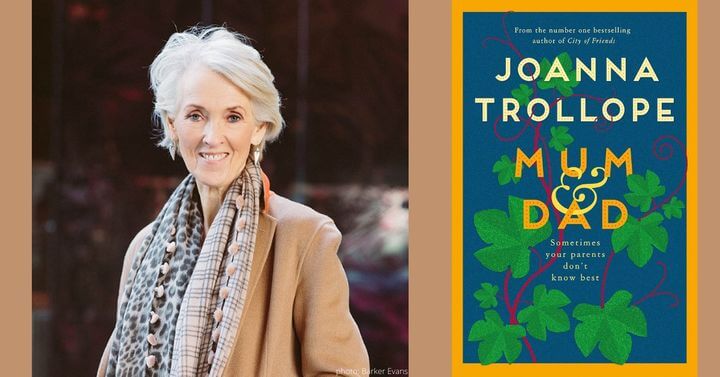 Please note: this event will be pre-recorded, so there will be no live Q&A.

The literary week kicks off in the company of Sunday Times number one bestseller Joanna Trollope who talks about the issues at the heart of a modern family – the subject of her latest novel Mum & Dad.

It’s been twenty-five years since Gus and Monica left England to start a new life in Spain, building a vineyard and wine business from the ground up. However, when Gus suffers a stroke and their idyllic Mediterranean life is thrown into upheaval, it’s left to their three grown-up children in London to step in. But as long-simmering resentments rise to the surface and tensions reach breaking point, can the family ties prove strong enough to keep them together?

Joanna Trollope will be in conversation with Claire Armitstead.

Joanna Trollope is the author of many highly acclaimed and bestselling novels, including The Rector’s Wife, Marrying the Mistress, Daughters in Law and City of Friends. She was appointed OBE in 1996, and a trustee of the National Literacy Trust in in 2012. She has chaired the Whitbread and Orange Awards, as well as being a judge of many other literature prizes; she has been part of two Department of Digital, Culture, Media & Sport panels on public libraries and is patron of numerous charities, including Meningitis Now, and Chawton House Library. In 2014, she updated Jane Austen’s Sense and Sensibility as the opening novel in the Austen Project.

The event will be available to view online (using a viewing token) until midnight, Saturday 7 November 2020.