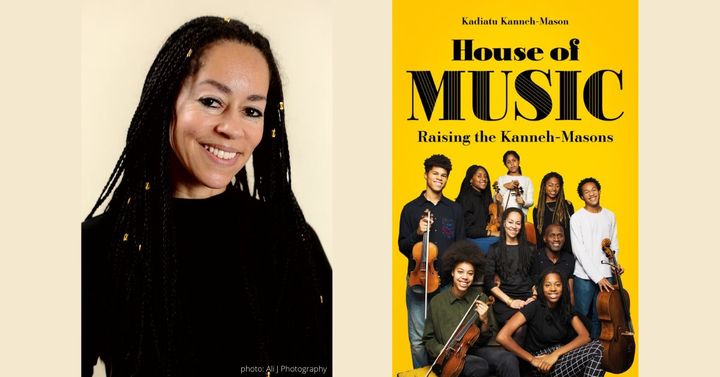 LIVE ONLINE 12.00pm – 1.00pm Thursday 29 October
Kadiatu Kanneh-Mason will take questions from our online audience during the live event – simply type your question into the Q&A box under the live feed.
If you are unable to watch the live-streamed Literary events, the recording of each Literary event will be available to view online from the following day, using a viewing token, until midnight 7 November.

Just days after the festival’s headline performance event featuring Sheku and Isata Kanneh-Mason, we hear their remarkable backstory through the eyes of their mother. And not just Sheku and Isata’s – also that of their five high- achieving brothers and sisters.

Sheku was BBC Young Musician of the Year and performed for the royal family and Isata has released a first album showcasing the works of Clara Schumann, however the siblings didn’t come from the rarefied environment of elite music schools, but rather a state comprehensive in Nottingham. How did they do it? In conversation with Stewart Collins, Kadiatu Kanneh-Mason, will reveal what it takes to raise a musical family in a Britain divided by class and race. Her memoir House of Music is a beautiful and heartrending read about the power of determination, camaraderie, and hard work – and a joyous affirmation that children are a gift we must do all we can to nurture.

Kadiatu Kanneh-Mason is a former lecturer at Birmingham University. In addition to their multiple individual successes, her seven remarkable children have performed en famille at the 2018 BAFTA Ceremony, Britain’s Got Talent and in concert halls across the country.