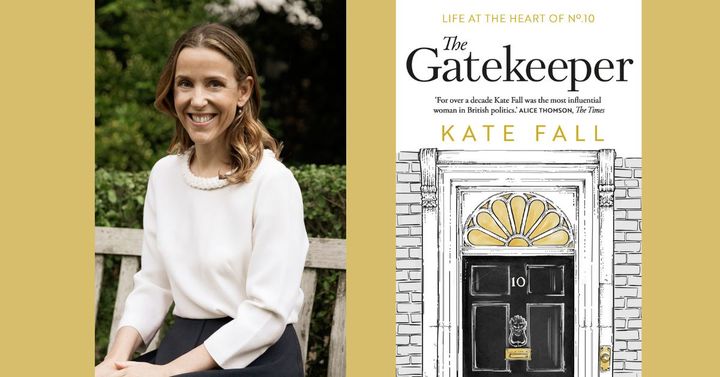 LIVE ONLINE 12.00pm – 1.00pm Tuesday 27 October
Kate Fall will take questions from our online audience during the live event – simply type your question into the Q&A box under the live feed.
If you are unable to watch the live-streamed Literary events, the recording of each Literary event will be available to view online from the following day, using a viewing token, until midnight 7 November.

Kate Fall was the Deputy Chief of Staff for David Cameron from 2010-2016, becoming known as ‘The Gatekeeper’ thanks to her role managing the flow of people, information and power in Downing Street.

Her book, The Gatekeeper, is a very personal portrait of life as a woman at the centre of power. She offers an intimate account of the preceding seminal political years from the viewpoint of the ‘staffer’ rather than the more traditional memoirs of the ‘principals’ such as David Cameron.

Fall takes us through eleven years of the Cameron project. From its inception and battle to win the soul of the Conservative party, through to life at No 10 during the coalition years. Reshuffles, relationships, routines, political scandals, births, deaths and the crises in between. Through two general elections and the surprise ‘sweetest of victories’ in 2015. Through two referendums, and finally to the third – the European referendum, and to the last days of the Cameron administration.

Baroness Kate Fall was Deputy Chief of Staff to David Cameron from 2005 – 2016. In 2016 she founded the geopolitical practice at Brunswick Group, where she is a senior adviser and partner. She is a member of the House of Lords, sitting on the Lords International Relations Select Committee.

Kate Fall will be in conversation with Stewart Collins.