ONLINE: Patti Boulaye – Aretha and Me 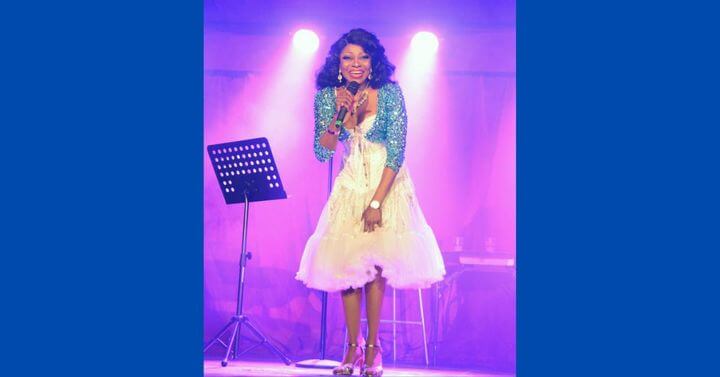 The award-winning singer and music theatre star brings her brand-new show Aretha and Me to the festival. Patti compares and contrasts her own life with that of the ‘Queen of Soul’ Aretha Franklin whose extraordinary career included seventeen top ten singles, and twenty number one R&B hits during her five decades of recording. Patti will sing some of her favourite Aretha Franklin numbers including Respect, Say a Little Prayer, Chain of Fools, Think… and many more. She is accompanied by her pianist and musical director, Alan Rogers.

Patti Boulaye came to prominence as a singer winning the British ITV talent show New Faces, where she made history by becoming the only contestant ever to receive the maximum 120 points. She has made over 200 British television performances and starred in stage musicals including Jesus Christ Superstar, Carmen Jones and her own celebration of the colours and music of Africa, Sun Dance.

Patti recently published a moving autobiography, The Faith of a Child that charts her life story through wealth, poverty and civil war, to show-business stardom and success in Britain and her birth country Nigeria. She was awarded an OBE for her charity work in the UK and Sub-Saharan Africa in 2016. She has also been awarded an Honorary Degree for Services to the Arts and Education.

The performance will be available to view online (using a viewing token) until midnight, Saturday 7 November 2020.