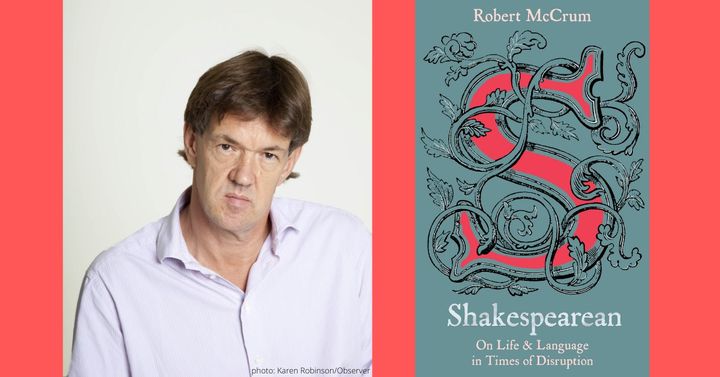 LIVE ONLINE 7.00pm – 8.00pm Sunday 1 November
Robert McCrum will take questions from our online audience during the live event – simply type your question into the Q&A box under the live feed.
If you are unable to watch the live-streamed Literary events, the recording of each Literary event will be available to view online from the following day, using a viewing token, until midnight 7 November.

The festival finishes with a paean to perhaps the greatest of all writers, William Shakespeare. When Robert McCrum began his recovery from a life-changing stroke, he discovered that the only words that made sense to him were snatches of Shakespeare. McCrum found the First Folio became his ‘book of life’, an endless source of inspiration through which he could embark on ‘journeys of the mind’, and see a reflection of our own disrupted times.

Published in September, Shakespearean is a rich, brilliant and superbly drawn portrait. McCrum seeks to understand Shakespeare within his historical context while also exploring the secrets of literary inspiration and examining the nature of creativity itself. Witty and insightful, he makes a passionate and deeply personal case that Shakespeare’s words and ideas are not just enduring in their relevance – they are nothing less than the eternal key to our shared humanity.

Robert McCrum will be in conversation with Andrew Billen.