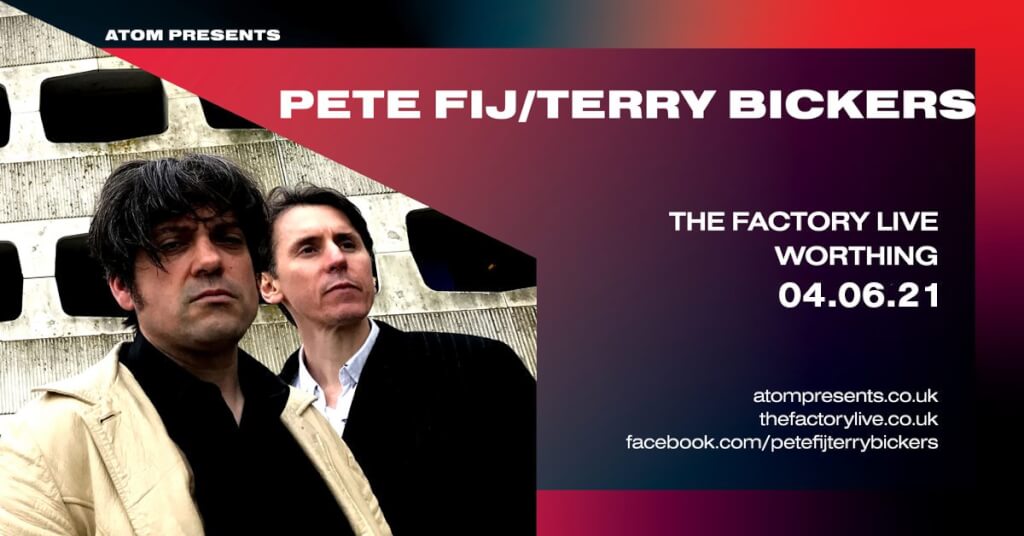 Described as like a late-night jamming session with Johnny Cash, Velvet Underground & The Everley Brothers trying not to wake the neighbours, their sound of cheerful melancholia has never sounded quite so apt as in these strange times, blending humour and resilience with fragile vulnerability. Their albums and live shows have shown how these two indie musicians have transitioned into intelligent literate alt-country artists and reminded people just why Bickers was labelled a “rock god” alongside Johnny Marr or Bernard Butler by the likes of the NME some 30 years ago with his sublime guitar playing, and why his cohort Fij was described by the Independent as “the most underrated lyricist since Jarvis Cocker last put pen to paper”.

Reviews for We Are Millionaires:

“Minor key, acoustic introspection (Hawley, Lloyd Cole-ish) done so beautifully it’s as if they’re singing to one another in the dust light of a pub backroom; strumming, crooning, nursing collective memories.” – MOJO

“Deceptively simple, direct, beautifully constructed and timeless odes to love and dreams, lost and still bubbling and refined it with an English approach to songwriting that takes the influences of Roy Orbison, and Scott Walker.” – AMERICANA UK