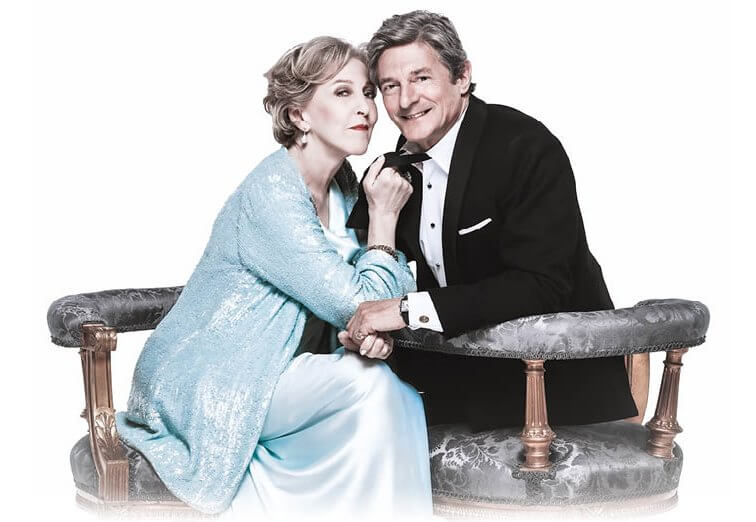 Elyot and Amanda, who were once married to each other, find themselves on honeymoon with their new partners, in the same hotel in the South of France and admiring the vista from adjoining balconies. Their initial horror evaporates as, within no time at all, they’re sharing cocktails, cigarettes and a romantic serenade and rekindling their previous passion. Caring nothing for scandal, they elope to Amanda’s Paris flat where their lust thaws as quickly as it had reignited and they resume the slanging match which drove them apart in the first place.

The Olivier Award-winning Patricia Hodge, one of the country’s most loved actresses – last seen at Chichester in Travels with My Aunt (2016) and Copenhagen (2018) – plays Amanda. The ever suave and charming Nigel Havers plays Elyot, the role taken by Noël Coward himself in the original production in 1930. Dugald Bruce-Lockhart plays Victor and Natalie Walter plays Sibyl, with Aïcha Kossoko as Louise.

This new production is directed by Christopher Luscombe, whose work at Chichester includes Love’s Labour’s Lost, Much Ado About Nothing and Travels With My Aunt (2016).