Son of Ugly and Across the Sea 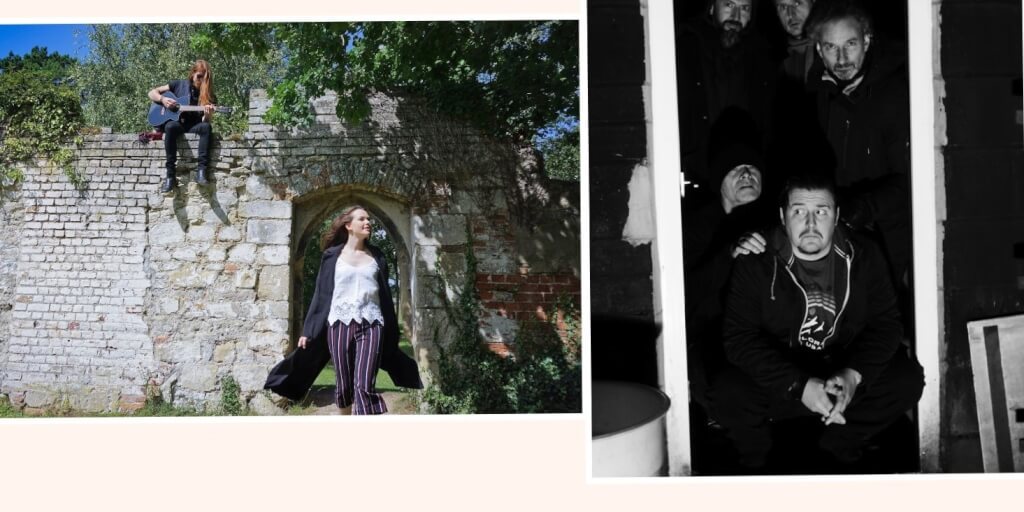 Son of Ugly and Across the Sea

Son Of Ugly are an instrumental 5 piece cinematic rock band from Brighton, which offer a broad spectrum of sounds and genres for your listening pleasure, from spy tinged surf rock, to malevolent doom metal, into swing jazz car chases, and Eastern folk. The consistent theme in the music largely sits within the film soundtrack genre but delivered with the pace and intensity of a rock band.

This is all woven together with just the right amount of humour and absurdity to not take itself to seriously despite some of its more grandiose concepts.

“Once upon a time, a choir girl and a metalhead got stuck on an island, with nothing but a microphone, a guitar and a pedalboard…”

Across The Sea sound unlike any act you’ve heard before. Built around the hauntingly powerful voice of Hannah Katy Lewis and the unorthodox, adventurous guitar approach of Pete Ferguson, their unique genre-bending sound is wildly eclectic, fiercely inventive and singularly distinctive.