Strange Brew at The Factory Live 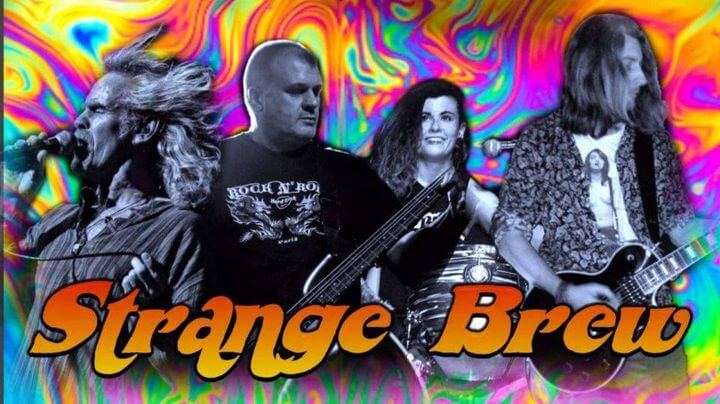 Onboard were Camille Phillips and Ian Oliver (Olley), the rhythm section from Dirty Shoes. And, after a short stint with Darragh Monaghan on vocals, local leg-end Lee Pryor (Whole Lotta Led, Freed, Copperhead, Bad Attitude) took the mic to form the very ‘Strange Brew’ that has been the band from 2018.

The mission of Strange Brew is to faithfully recreate music by some of the best bands of the 70’s (and late 60’s), but avoiding the well-worn favourites that are standard pub covers fare. It’s a risky strategy, in terms of pleasing the fair-weather gig-goer, but already Strange Brew are delighting music fans wherever they play, with deeper-cuts from the legends of the best era of Rock.