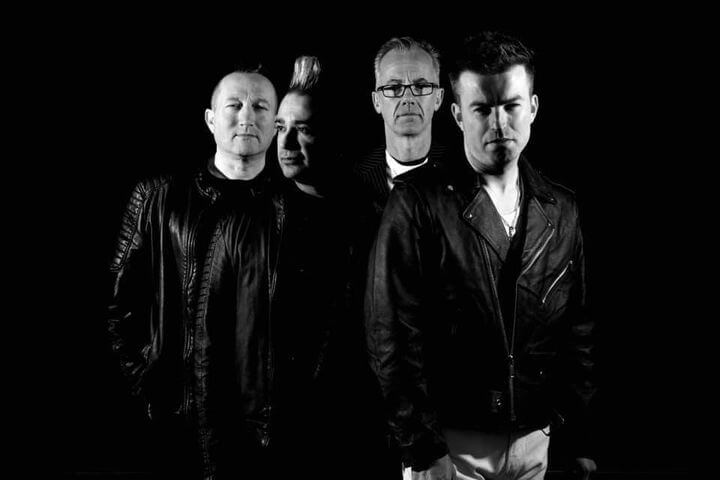 The Devout is a new Depeche Mode Tribute Act born from the infamous ‘Speak and Spell’ – Europe’s leading DM Tribute that played Glastonbury and festivals across the continent – updated and driven forward by the same core member and productions.

‘The Devout’ play DM’s greatest hits with startling accuracy and production. Now they bring the sellout ‘Violator 30th Anniversary’ show to The 1865, recreating the triple platinum LP, followed by a best hits set.

The Devout will be performing hit after hit from ‘Personal Jesus’ and ‘Enjoy the Silence’ to ‘Stripped’ and ‘Just Can’t Get Enough’
.

There’s no doubt that this is a group of musicians whose experience, drive, passion and love for Depeche Mode shines through as they relish in recreating a live experience worthy of the boys from Basildon.

The aim of The Devout is simple. To put on a show that transports the senses of the audience back to the sacred glory days of Depeche Mode.

Whether you were there at the beginning at The Crocs in Raleigh 1980, making sure everything counts at Hammersmith ‘83 live in Hamburg in ’84; amongst the Black Swarm in Birmingham ’86 or reaching out in Wembley in 1990, The Devout meticulously plan their show to give you the opportunity to live it once again. Or, perhaps for the first time!

The origins of The Devout are steeped in a wealth of history, experience and talent (from Glastonbury to Germany) and puts them in premium position to deliver a show that not only wows their audiences, but leaves a lasting impression which will follow them to every gig they see.

With Speak and Spell and FORM founding member Keith Trigwell at the epicentre of the sound as well as Glen Wisbey, founding member of the brilliant Blue October and Modovar; there will be existing productions that have been used as a lynchpin in Speak and Spell shows painstakingly reworked for improved accuracy and authenticity.

Also on board is Reza Udhin of the fantastic Inertia who has the task of bringing his brilliant skillset to imitate Martin Gore. Finally, newcomer Barclay Quarton takes on walking in the shoes of the great Dave Gahan (not to mention Speak and Spell’s legendary frontman Paul Wood) graciously and with much energy and desire.

Not to mention, new creations and rendering of Depeche Mode favourites that are bound to leave you savouring for more.