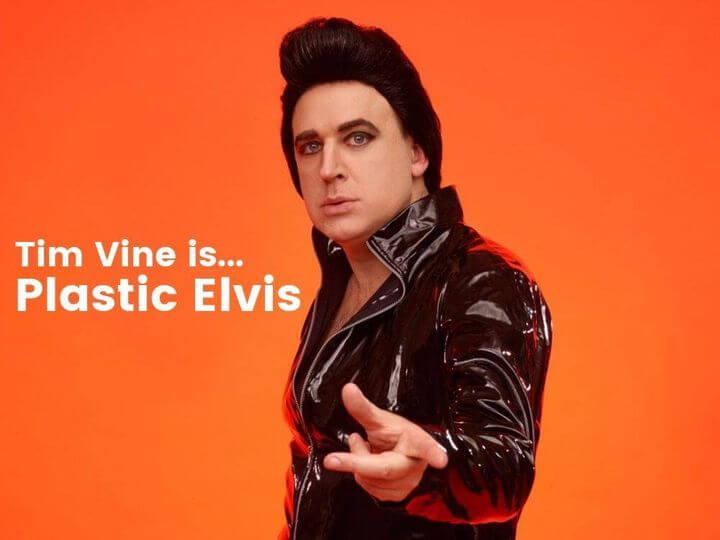 The Hilarious Tim Vine is back as… Plastic Elvis!
The total sell out at the Edinburgh festival is now on tour! Feel the electricity as Plastic Elvis hits the stage backed by his incredible five piece THE HIGH NOON BAND. He’ll shake, he’ll smoulder, he’ll try and control his hair and in the end he’ll break your heart. Sing along with some of the King’s greatest songs on a breathless night of rock’n’roll.

This show will contain moves that even Plastic Elvis himself isn’t expecting.

I was there. That’s all I know Plastic Elvis fan.
From the opening fanfare to the emotional finale I was hooked The other fan