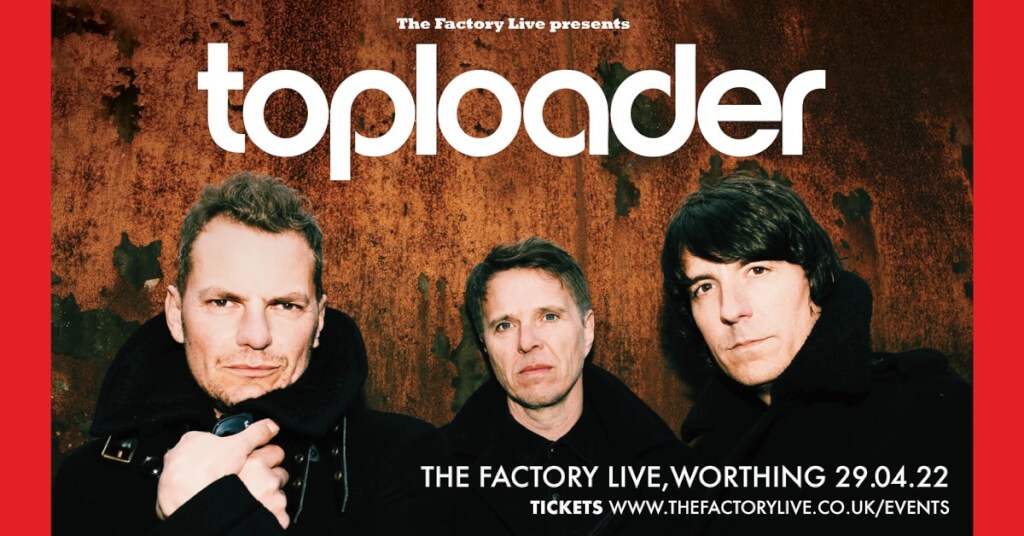 Since forming in 1997 Toploader have over two million album sales to their name and a string of top 20 hits both home and abroad.
Their debut album ‘Onka’s Big Moka,‘ sold over one million copies and remained in the Top 5 of the UK album chart for over six months earning them 4 Brit Award nominations.
In 2000 the single ‘Dancing in the Moonlight’ became a global hit spending over a year in European Airplay Charts transforming Toploader into a household name.
In 2013 the same track re-entered the Top 40 for three weekends topped the 10,000,000 hits mark on Youtube, an incredible thirteen years after it was first released, cementing it as one of the biggest songs of recent times.

+ Support from the incredible Izzie Derry