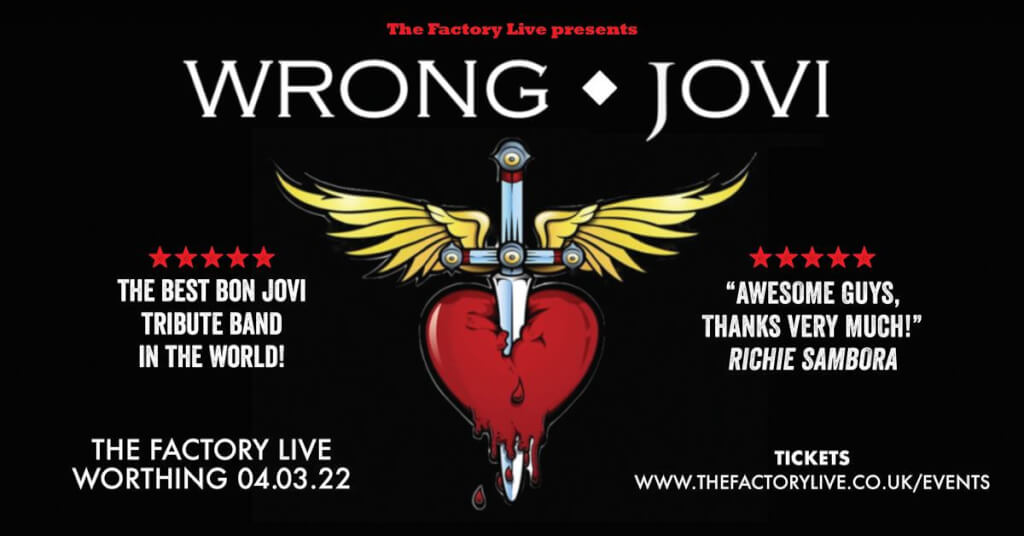 Featuring Ally Ward as Jon Bon Jovi (X-Factor, The Singer Takes It All and Britains Got Talent) aka Jon Wrong Jovi on vocals, Wrong Jovi have one of the UK’s most talented front men leading the band through some of rock n rolls most legendary songs. Ally is backed by some of the UK’s most highly respected musicians.

With attention to detail in sound and performance,

Wrong Jovi was described as “better than the real thing” by Club 85, Hitchin at their very first gig.