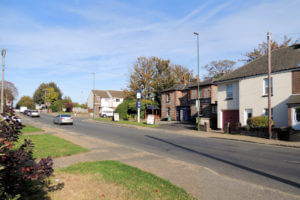 Lyminster is a village that is the main settlement of Lyminster and Crossbush civil parish, in the Arun District of West Sussex, England. It borders, to the south, Littlehampton, which has its town centre 2 miles (3 km) away.

The Church of England parish church of St Mary Magdalene is an 11th-century Saxon building and a Grade I listed building, the highest grading in the national system. 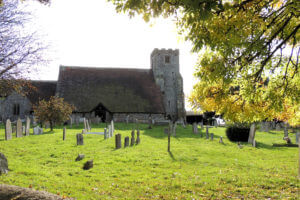 Just to the north of the village is a knuckerhole which, according to legend, was home to a dragon, the Knucker. The church contains a tombstone called the Slayer’s Slab, supposed to be from the tomb of the dragonslayer.